Which of today’s indoor conveniences would you find most difficult to live without:  heating & cooling, plumbing, or electricity.

Who even wants to make a choice like that?! Well, assuming you don’t have to and is equal in importance to the others, let’s give a tip of the hat to indoor plumbing…without which, life as we know it would be impossible. 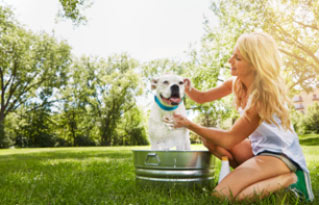 Here in the United States, plumbing is so ingrained in our culture that we barely give it a second thought. If only that were the case everywhere else.  Instead, an estimated 750 million people around the globe don’t have access to safe drinking water, while 2.6 billion don’t have even a simple latrine.

These are the kind of problems that don’t get solved overnight.  It’s more of a “one step at a time” process. As such, here are some steps you can take to conserve water in honor of World Plumbing Day, an annual observance that takes place in March.

If you want help in putting even greater amounts of water conservation into practice, contact Burton today:  your local green plumbing professionals.