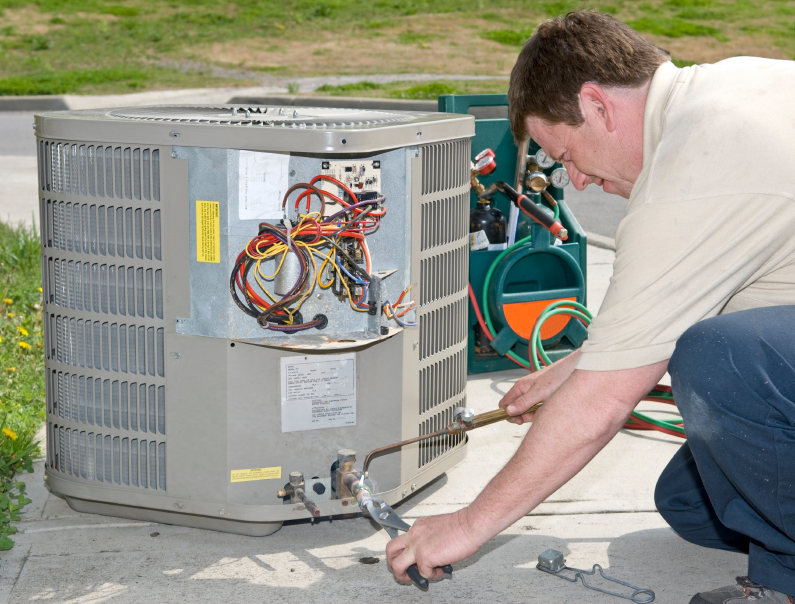 With the air conditioning season winding down, is your system behaving in such a way that professional repair assistance might be in order?

If so, we urge you to take care of the problem now instead of waiting until next spring, especially if you’re hoping it will just “go away.” Because there’s a huge likelihood it won’t.

That’s especially true of loud and “in your face” AC system noises, such as clanking, banging, and the like. Here’s what’s likely causing them:

Clutter Around Your Outside Condensing Unit – Any obstructions at all, including shrubbery that’s grown to close, can interfere with the fan’s operation which can both cause unpleasant noises and a reduction in cooling capacity. Keep any nearby shrubs neatly pruned and at least a foot away – more is better – from the condensing unit.

Loose Fan or Other Parts – The older your system, the more prone it becomes to mechanical breakdown. That includes the fans inside your outdoor (condenser) and indoor (heat exchanger) units. A loose part, for example, could be coming in contact with the fan blades, or there could be a problem with the blades themselves.

Loose or Bent Fan Cages – Both AC system fans have cages around them to protect your family and the fans themselves from harm. If something has dented the cage, for example, causing it to come in contact with the fan during operation, there won’t be any escaping the resulting noise.

What do all unusual central AC system noises have in common? They are utterly incapable of fixing themselves. So if the noises is keeping you awake at night or making it tough to concentrate on anything else during the day, contact the HVAC professional at Burton today for a prompt and reliable solution. And call us now so that by the time next spring rolls around, your system will get off to a nice, quiet start.